The robots are coming

But not to steal your job,

There’s a lot of hype and scaremongering out there that the robots are coming and they are going to steal all our jobs. But history has shown that if anything automation and process improvement do just the opposite. Here’s a quick rundown of the story so far.

In 1811 the Luddite movement was born in Nottingham, England. Its purpose, to oppose the advance of technology that threatened the livelihoods of textile workers and weavers. In time it became clear that the fears of the movement were unfounded. With new roles in manufacturing, logistics, mining, and even textiles as well as many others being created.

Fast forward to 1870 and the second industrial revolution. The on going shift towards globalisation and mass production created an new set of skills and roles. But yet again the shift was resisted, this time by the newly formed trade unions. Again, they had the view that these efficiency increases would result not in more output and better consumer prices, but in less jobs. Again, they were proven wrong.

Move forward again to more recent history, and the dawning third industrial revolution. Digitised controls, computers, robotics and other advances in technology created a step change for industry and consumers alike. Yet again these changes were resisted on the basis of job losses, yet again history has proven this not to be the case.

For reference the unemployment rate in the sixties fluctuated between 1.5 to 2.5 percent. However there was a fundamental difference in how these statistics were measured and reported. In this era unemployment was a measure of those who wanted to work but had no job. It’s important to bear in mind the culture of the time, and note the estimate that roughly only a third of women worked.

In 1960 GDP per capita in the UK was £18,180.95, now that figure is nearing £55.000 per head. It’s clear, not just from the last revolution, but those prior to it as well, that as our ability to produce increases, our need to consume also increases. Yet again these increases in efficiency will lead to an increase in demand that will require new jobs in order to fulfil.

In fact that correlation has already been discovered, studies in America and Germany have shown that a 3% increase in robotics equates to a 2.5% increase in jobs.

So what’s going to happen with the fourth industrial revolution. One thing is clear, technology is marching forward relentlessly. Smart factories, smart cities, cyber-physical systems, augmented reality, virtual reality as well as other technologies that are not yet realised are going to change our world into something unrecognisable by today’s standards.

But, will it result in us all losing our jobs? I think not. Even if it does, what will we gain in return? How will the dividends of those massive productivity boosts be shared? After all, if we have no jobs we have no money, if we have no money we can’t buy what is being produced. 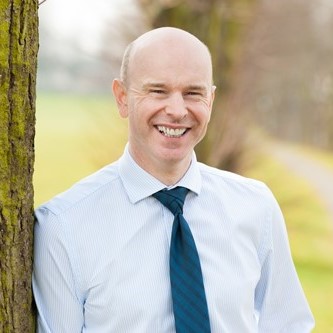 Mark is an experienced Marketeer, and has been professionally converting coffee into ideas for over 20 years

What is Lean Automation?

And more importantly, how can it help your business?

Get your free copy

Get in touch with us and tell us what you think of this story.