What is the Internet of Things 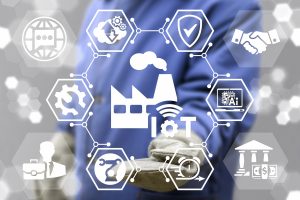 The official definition, from the Internet of Things Global Standards Initiative is:

A global infrastructure for the information society, enabling advanced services by interconnecting (physical and virtual) things based on existing and evolving interoperable information and communication technologies.

Ironically, not a very enlightening definition considering that at its core IoT is all about the transmission of useable data.

To gain a more user friendly definition the term Internet of Things needs to be manipulated slightly:

Things on the Internet.*

Not quite so catchy, it doesn’t roll of the tongue, or lend itself to marketing hyperbole. I can see why they didn’t go with it. But hopefully it gives you a little lightbulb.

Now that we have a firmer grounding though, we can start to investigate further.

So what exactly is a thing?

Well… Anything… OK, not anything. There are certain pre-requisites a thing needs in order to  get into the IoT club.

It’s probably safe to assume that you broadly know what the internet is, and what it does. At least on a historic basis. But the internet is no longer just a medium for one/few to many, human to human communication.  (Yes, even the HMRC website was written by a person.) The purest level isn’t even human to human communication that has been augmented by machine. (Like Facebook or Twitter.) More and more frequently, communication  is happening from machine to machine, with little or no human intervention.

It’s also important here to differentiate between the World Wide Web and the internet. The internet is the network of connections that spans the globe enabling communication between any two (or more) devices that are connected to it. The World Wide Web is the human interface that sit on top of the internet, allowing us to access that information.

Now that you know what it is, there is just one more question:

Why should I get involved?

Commercially, it can make a lot of sense to get involved in IoT. Business is becoming increasingly complex, and customers are becoming increasingly demanding. Not only is transparency in increased demand, it is increasingly difficult to achieve. IoT helps with this, machine to machine communication, as we have said, is faster and more accurate than the human equivalent. Enabling businesses to re-task their personpower to tasks that are less black and white, and potentially more commercially valuable.

Since its initial application in 1982 on a vending machine that was able to report its inventory and indicate when newly loaded drinks were cold. The capabilities of the internet as well as the things on it has increased exponentially.   The question is no longer: “Can the Internet of Things bring me a commercial advantage?”; it’s:

How can the Internet of things bring me commercial advantage?

There are three main ways in which the Internet of Things can deliver commercial benefit.

Greater transparency and availability of the data that matters to your customers, supporting acquisition and retention.

Via more responsive and efficient systems, machines and departments within your organisation.

Enhanced capability in products, particularly those that deliver customer benefits and increase the price point of your goods.

The list while short, is comprehensive. you can pretty much guarantee that if you can envisage it, it can be done. There is slightly more to it than that, other questions need to be asked, chief amongst them:

Will the ROI be worthwhile?

Without knowing more about what you want to achieve it’s difficult to say, but IoT innovations can be surprisingly low cost, the keys are a tight, unwavering specification and control over deadlines, particularly in regard to testing and roll out. 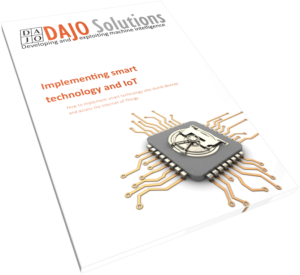 Simply fill in the form to receive your free report.

*Or as Kevin Ashton, founder of AutoID Center prefers “Internet for Things”.

Internet of Things – Opportunities and Applications across Industries

What is Lean Automation?

And more importantly, how can it help your business?

Get your free copy

Get in touch with us and tell us what you think of this story.